I seem to be ranting all the time at the moment, a return to my former voluble self. But at least I’m not alone now.

I’ll get it off my chest today. Soon I’ll be off. I’ll be intensively on the road, doing my day job, taking the Queen and Adam Lambert show all across the USA, and I'm hugely looking forward to it – looking forward to seeing lots of happy faces and making lots of good wholesome noise. I can make some money too, more money that I can squander on Animal Welfare based schemes!

But right now I feel full of explosions of long pent-up frustration and anger. Before I start this one, I'd like to get something out of the way. As the ‘Artist Taxi Driver’ so eloquently says, don't let anybody start telling us we should not be 'politicising' the appalling tragedy of the Kensington tower block of flats that went up in flames, killing and maiming innocent and decent ‘normal’ British folks. This is one of the worst disasters of recent times, all the more tragic because it’s so clear that it could have been averted at so many points over the last few years, and wasn’t. It is, by its very nature, political, because it’s about beliefs, and behaviours.

The one thing that everybody agrees on is that this disaster should not have happened. But it's a question of finding out why it did. And in asking the questions that lead to the answers we need, it's becoming apparent that the whole core of government policy over many years has to be surgically dissected and examined. I feel that the analysis will reveal that we need an absolutely radical restart, and a re-definition of all the fundamental values which have been held sacred by recent governments.

The #GrenfellTower disaster is a convergence of all the evils of our age: deregulation, inequality, corporate power, loss of democracy, etc.

I believe this is absolutely true. And no lame attempt at deflecting the blame on to Europe will change that. If this sounds like “We told you so” from the mouths of people like us, then so be it. I don't think anybody seeks credit. We just want things putting right.

During the latter half of the last century, there was a slightly bumpy but continuous build towards improving the quality of life of every citizen in the UK. The priority values were quality of life, and decency and fairness. There were differences of approach as regards the details, but the underlying intent was clear, and, I believe it was a good intent.

This isn’t an anti-Tory rant, by the way. I’ve been supporting some great compassionate Conservatives over the last few years. In spite of some flak, I’ll continue to do so. But anti-Theresa May? Yes it is. You also won't find me condoning the actions of Tony Blair. In my opinion he may have started out with good intentions but was utterly ruined by power and vanity and did immense damage. He skirted in a cowardly way around many of the important home decisions, like the banning of blood sports, and the quiet blind eye he turned towards the fact that the dismantling of the old evils of privilege in Britain were put on pause on his watch. He then made the catastrophically awful decision of taking us to war without good reason, and without consulting anyone - even his own cabinet – plunging us into the spotlight as a nation to be hated around the world, generating terrorist resistance to our actions. Socially, at home, I think history will see Tony Blair as somebody who simply allowed things to crumble. He diluted the ideals of Socialism to the point where it was almost indistinguishable from Conservatism. In the process, with a gentle smile, he allowed the traditional forces of darkness to assemble and grow strong, awaiting their moment. This is why Jeremy Corbyn, like him or not, has found support for his much more honest ‘real’ socialism.

After Tony Blair was dispatched, something truly awful happened. When Cameron first put a foot in Number 10 Downing Street, albeit sharing the power with a young LibDem lad who traded his morals for a slice of the cake, the social structure of Britain, the hopes of fairness and decency for all no longer continued, simply to crumble. David Cameron ruthlessly began the process of destruction, actively tearing down all the good that had been done over half a century in seeking a fair distribution of wealth and power in this country. In his second term, and in the recent regime of Theresa May, this destruction of fairness has been pursued with even more determination. These people stand for the protection and strengthening of Privilege in England, making it harder and harder to achieve any kind of equality of opportunity. 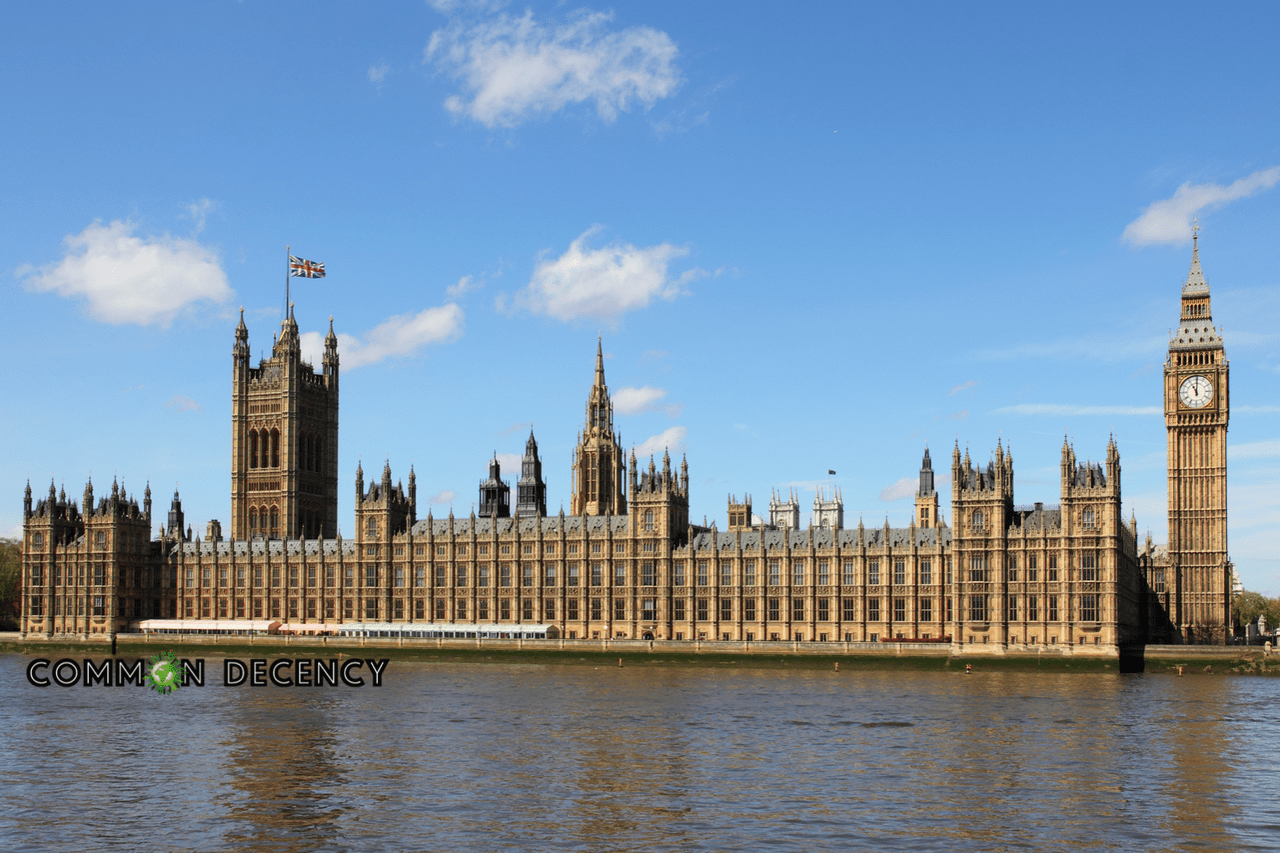 We forget so quickly, don't we? Cameron and his cronies came up with all sorts of glib catchphrases, designed to hoodwink us into thinking they were acting in our interests. It’s actually monstrous to contemplate that anybody believed “We're all in this together”. Cameron, the Prince of the old guard, old-fashioned Tories, became a master of talking the talk, while walking smartly in the opposite direction. And so it has been, ever since. It's been deception on a grand scale, but somehow the massive forces of their money and spin managed to hoodwink a large section of the population for quite a while. Not any more.

The other great catchphrase which swept so many of us are up in its appealing chatter, was the vilification of the so-called “Nanny State”. Remember? Suddenly any kind of caretaking was namby-pamby, an erosion of freedom, and wasteful. This propaganda was used to justify the dismantling of all the safeguards that had been so carefully put in place by preceding generations. It was all labelled “Red Tape”, and the good old-fashioned Tories set about ripping it all out. In their over simplistic language, it was so easy to justify. “Look! We’re saving lots of money. We’re making the economy healthy. We’re turning Britain around”. The fact that they would in the process deny decent people their jobs, erode health and safety, and remove the right of anyone to challenge this course of action, was brilliantly swept under the carpet by the propaganda rhetoric of the Press, almost all of which they controlled. The Mail, The Telegraph, The Sun, and The Times all absolutely locked into shoring up the status quo, all slapping each other on the back and building up invulnerability, so that the poor people could never again challenge their divine right to rule, or take away the unfairly large piece of the cake they were owning. They also mischievously used terrorism as an excuse to table the destruction of the Human Rights Act.

Now, in 2017, by a strange sequence of events, almost as if it were a thunderbolt from the heavens, all those closed doors behind which the skullduggery took place have been opened. It's now so clear to everyone that the red tape and the social care network that the Tories absolutely consciously destroyed have led to our country being a wasteland for the common people. Worse than that – even the simple safeguards to keep people secure in their beds at night was thrown away. This is why we have a burning building spelling out the truth for us. It has cost the lives of these poor people to wake us up – and we all know that if they had been rich people, this never would have happened.

This is not politicising. This is the plain ghastly truth. The logical end of all those stupid catchphrases is the destruction of this country. Our once beautiful London is wrecked, choked under a plague of building work which does not benefit Londoners. It benefits the upper echelons through the very fact that rich investors support their hold on power. Our buildings are not safe. Our nurses are not paid a decent wage. And our once-great National Health Service has been all but destroyed by running bits of it down and selling them off for rich cronies of the Government to develop for profit. Our education system has, almost without protest, suffered the same fate. All those ‘Academies’? Did we notice? We don’t own them any more. They are not owned by the state, supported by taxes. They are run by rich businessmen to make a profit. When they fail to make a profit, pieces of the educational machinery which are suddenly deemed unimportant are ripped away. This asset stripping is going on as we speak, undermining our children’s education. It’s the same story. The aim is always profit, and money. It’s called ‘The Economy'.

When I began my campaign for decency seven years ago, we made a viral video called “Bollocks to the Economy". I was accused of being simply rude and irrelevant. But I was deadly serious. In my view, making ‘The Economy’ a false God has poisoned this country – taking away the true priorities of decency, fairness and quality of life. I don’t want ever to hear the sentence ‘We are good for the Economy" again.

This present ‘mess’ is not an accident. It has all been planned. The old-fashioned Tory clique are not stupid. They are ruthless and unprincipled, and have an unshakable belief that they were born to rule, and have a divine right to hold on to the power and riches generated by the ordinary people of this country. They were just not quite clever enough. They got found out.

This is not a small matter. It will not be solved while the present Government limps on, pretending there is a plan for this hopeless Brexit exercise.

This is the moment. It's funny, because I was brought up as a staunch Tory, and always despised the grubby revolutionaries. I also made money by pursuing my dreams, although money was never the object. But now is the time. This will have to be something on the scale of the French Revolution. While the increasingly astoundingly unlikable Theresa May is still robotically chanting “Let them eat cake” (remember her recent “There is no magic money tree to pay nurses”?), it's time to get Madam Guillotine ready.

This cannot be a small change. All those ruthless, selfish bastards have to get the comeuppance now. They must go. Every last one of them. It's time to start knitting their names into history. Of course, we won't literally chop off their heads. Hopefully, we have enough Common Decency in us not allow things to run amok. But they must go. Every last vestige of the rotten, filthy, old-style privileged Tory edifice must be torn down. I can already see the glint of the blade of the guillotine rising out of the mist. It is time.

Every time I look at the dreaming spires of Westminster, I'm struck by the image in my mind of the shocking corruption inside those buildings. And the rottenness and the unfairness it promulgates. It's time to clean out the filth.